My Opinion: 9.3 || Outstanding film. Like Tree of Life or Annie Hall or Persona, it’s impossible to identify a boundary between script and direction — it’s so obvious that they spring from a singular, cohesive vision. At the synopsis level, the story doesn’t sound extraordinary. The power lies in the pitch-perfect execution and deep empathy that runs through every scene and performance. It doesn’t get better than this.

SYNOPSIS (Courtesy of Netflix): An Iranian husband and wife split up over his decision to stay and care for his aging father instead of leaving the country with his family. But his fateful choice to hire a stranger to do most of the caretaking breeds unexpected consequences.

Strengths: What’s extraordinary about Farhadi’s script/direction is the subtlety of it: Every character is morally compromised and every character is trying to do right. Every character is dedicated to honesty and yet falls into deceit. That people can lie without being mendacious and that they can hurt without intending to be hurtful is a fundamental truth that’s routinely overlooked in favor of simpler morality tales. To craft a story like this takes great talent and appreciation for moral nuance and the messy vicissitudes of life. 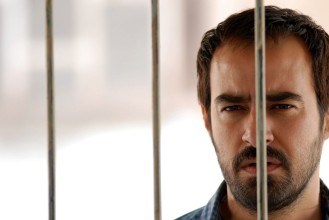 It’s remarkable that even though every character is in conflict with every other character, Farhadi maintains our (evolving) sympathy for every one of them. The one big “withheld information” twist toward the end is presented so naturally that it doesn’t feel like a filmmaker’s sleight of hand so much as the natural course of facts being revealed and threads coming together.

Weakness: I’ve got nothing.

Viewing Note: I watched this with my 10 year old, who didn’t follow everything but was nevertheless engrossed to the end. We agreed that Farsi is a pleasure to listen to, even when it’s being shouted.

Best Scene: The twist that’s too natural to be considered a twist that I mentioned above is beautifully set up, and the scene where it comes around is very nice. But the highlight is the precipitating incident: a split-second event that sets the rest of the action in motion. It’s set up so well and rendered with such (again) naturalism that we barely notice it. Though the characters are at odds and have drastically different perspectives, we identify intimately with each of them. It’s easy to imagine the myriad ways in which less subtle directors would have messed it up — cue the slow motion, cue the music, cue the stylish blurring.

Small thing I loved: Seeing a courtroom drama told Iranian style. The cramped scenes with the magistrate in what might as well be a hallway are among the best in the film.

Technique: Great example of how to use a handheld camera in a way that achieves naturalism without ever falling into look-at-me stylishness. Throughout the film, Farhadi slips into the background so that the movie feels more witnessed than directed.