My Opinion: 6.0 || A potentially powerful exploration of paranoia and state control that’s obscured by the abrasive domestic drama laid on top of it. We never develop sympathy for these unlikeable characters, and some odd narrative choices undercut the intrigue.

SYNOPSIS (Courtesy of IMDb): Ludvik, a Communist official, arrives back home with his wife after spending the evening at a government function where he finds out that several of his colleagues have been ‘relieved’ of their responsibilities. Once he is inside he discovers that his house is bugged and that ‘The Ear’ of the government has been listening to him. When the electricity goes in his house and he sees a group of shady men waiting outside his house, he fears that he is the next one to go. 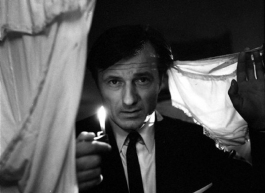 Strengths: There’s good material to work with in the story of a government official who suddenly finds himself on the wrong side of Communist party orthodoxy. With his colleagues already in jail and the house bugged and police skulking in the garden, Ludvik has every reason to feel the noose tightening. The film works well when exploring the party machinations that have ensnared him and when we follow his desperate efforts to maneuver.

Weaknesses (spoilers): Instead of a film about paranoia, intrigue, and the police state, we keep getting warmed-over Who’s Afraid of Virginia Woolf. Ludvik is a worm and his wife is a harridan, and they spend most of the film battering each other with shrill complaints. There are occasional glimmers of moral complication, as Ludvik’s wife (despite being the more irritating of the pair) shows a stronger moral compass. But the film never explores or develops those potentially interesting ideas. 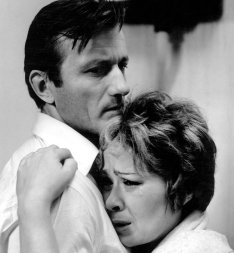 The director, Karel Kachyna, compounds these problem by also undercutting the movie’s intrigue: Rather than having his characters discover that they’re being bugged, we find early on that they already know there are “ears” in the house. If this were tennis, we’d count it as an unforced error. The big “reveal,” late in the film, is that the bugs are located in different rooms than they’d assumed. Even that development feels like a flub, though: The devices are so easy to find that it seems preposterous that they wouldn’t have bothered to look earlier.

Characters/Performances: If I had to be married to either of these two, a trip to the gulag might seem like a holiday.