My Opinion: 8.1 || A direct and unadorned story about abandonment and kindness. Free of melodrama and predictable story turns, it has the tone and structure of a great documentary. If there’s a flaw, it’s that we never understand the motivations of the pivotal character.

SYNOPSIS (Courtesy of IMDb): Abandoned by his father, a young boy (Cyril) is left in a state-run youth farm. In a random act of kindness, the town hairdresser agrees to foster him on weekends.

Strengths: The directors (Jean-Pierre and Luc Dardenne) are bravely unsentimental in their portrait of a troubled boy whose strengths and weaknesses are inextricably tangled. It’s a film without artificial sweetening or showy embellishments — a remarkably well-balanced naturalism.

The most impressive achievement may be that the Dardennes manage to portray ugly circumstances without permitting the film itself to become ugly. Too often (Pieta, The Turin Horse, Happiness), filmmakers allow themselves to confuse bleakness with truth and unpleasantness with candor — as if ugliness is the same as authenticity, not just one aspect of it. What the Dardennes demonstrate here is that you can forcefully strike the audience without bludgeoning them. They give us a story that’s hard and delicate too.

Weaknesses: The film hinges on the generosity of the hairdresser, Samantha, who befriends Cyril and makes increasing sacrifices to support him. It’s a wonderful story, but here the Dardennes’ otherwise successful minimalism causes problems. We never know anything about Samantha, and her motivations remain opaque. 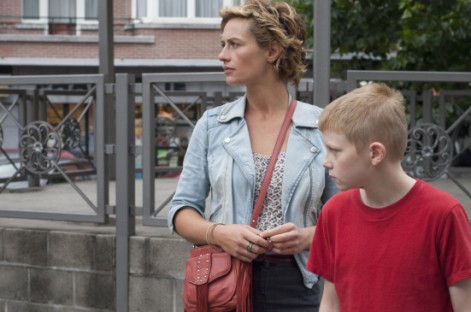 Clearly she’s motivated by something, and a little background would have gone a long way. As it is, her dedication to Cyril seems to flow from nowhere, which makes her character’s generosity too good to be true. It’s an unfortunate and ironic flaw, given the film’s realism and admirable lack of sentimentality. Along the same lines, it’s odd to learn nothing at all about Cyril’s mother. She’s not in the picture, but she is presumably on his mind (consciously or otherwise), and some salient background could have been conveyed without compromising the film’s dramatic restraint.

Characters/Performances: Perfect performances from every character — as if they don’t know the camera is on. In addition to the achievements of Thomas Doret as Cyril and Cécile De France as Samantha, particular credit goes to Jérémie Renier as Cyril’s deadbeat father — and to the Dardennes for crafting such a strong character. Not a monster. Not a villain. Nothing overdone. Just one of cinema’s most perfectly rendered jerks.