My Opinion: 6.1 || The feast itself is fun and lovely, but the set-up is longer and less entertaining than it should be. The movie leaves you feeling good, but the first half feels tacked on.

Strengths: The film has a good sense of place and generous spirit. Movies about gorgeous-food are a sub-category unto themselves, and this is one of the original entries. Babette’s loving preparation is a joy to watch, and the guests’ growing bonhomie is infectious.

Weaknesses: The first half of the movie is dominated by a pedantic voiceover narration that suddenly vanishes in the second half. That’s just lazy filmmaking. The fact that the director, Gabriel Axel, saw the need to insert the narration is telling — it suggests he recognized the weakness of the opening material and saw the need to enliven it with a friendly voice. The introductory vignettes are labored, and Axel works too hard to demonstrate their relevance later. Essentially, everything outside of the feast and its preparation is just a long and not very tasty bread course. 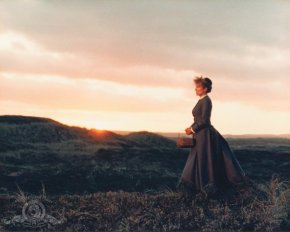 Characters/Performances: Nothing to fault in any of the performances, and the characters are appealing, but we never know anyone beyond a superficial level.

Best Moment: It’s amusing to watch the sisters’ trepidation about Babette’s feast — certain that they’ll all be going to hell and asking for vows of silence about the meal. And every course in the feast is its own delight.