My Opinion: 6.6 || It’s short but dense with revealing perspectives about politics, children, and middle-class China. There’s no mistaking the relevance of watching third graders in a non-democratic country try to make sense of the democratic process. The increasingly cutthroat competition to be elected class monitor is (believe it or not) fascinating.

SYNOPSIS (Courtesy of IMDb): Wuhan is a city in China the size of London where an experiment in democracy is conducted. At Evergreen Primary School, a grade 3 class learns what democracy is when an election for class monitor is being held. Three children are chosen by the teacher as candidates and they have a few days to campaign and convince their classmates to vote for them. The little candidates are seen at school and at home, where their parents do their best to make sure their child will win the election.

Strengths: This makes for an interesting complement to my last Chinese film, Not One Less, which focuses on a very different kind of school and experience. This one is more modest as cinema, but it’s not short on interest or insight. Chen gives us a window on modern China and the essential workings of democracy, including the emergence of intimidation, alliances, and corruption. Equally significant is his success in depicting the mix of anxiety and burgeoning independence that will be familiar to anyone who’s ever been a child.

Weaknesses: The movie succeeds perfectly in what it sets out to do, so it’s hard to identify a weakness. You could wish for more about the school or the city of Wuhan or some of the other children, but there’s a lot to be said for the film’s compactness. 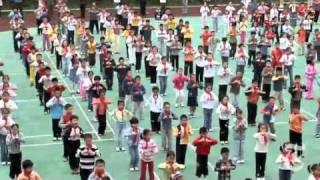 Characters/Performances: Chen and his crew pull off quite a feat in achieving the trust necessary to capture so many candid (and not always flattering) moments from the children and their parents.